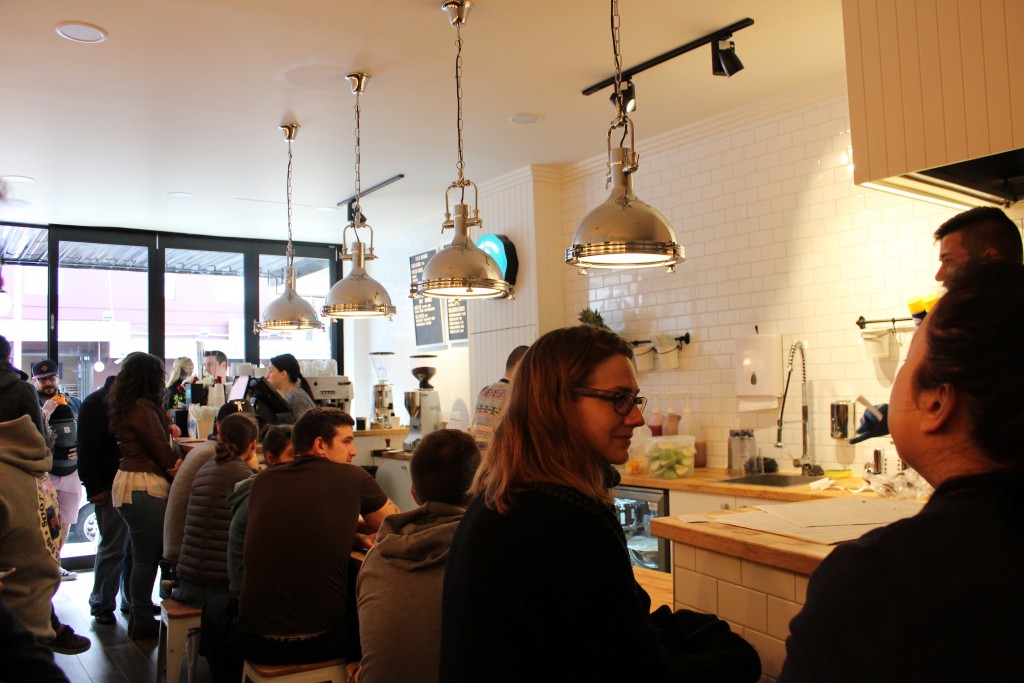 We discovered real Reuben sandwiches in New York and they were a revelation. Thick slices of rye bread with a stack of slow cooked corned meat and/or pastrami with slaw or a pickle and mayo is a (large) slice of heaven.

When we returned we went to a wine bar in Sydney that also served Rueben sandwiches and our friend ordered one. The sandwich was delivered with one slice of pastrami, more bread than meat. One slice. That’s not a Rueben! I had steered clear of them since then until I heard this place served the real thing.

We were meeting some friends for lunch and there was a small queue when we arrived. I overheard someone mutter as they walked past “Why are people queuing for sandwiches?”. Fair question, but it seems to be what you do in Sydney! We placed our order at the counter for one East and one West sandwich along with a plate of pickles and then immediately began seat watch. There are only a dozen or so chairs in the narrow space so seating was prime real estate. Most of the seats are bench style down one wall and down the edge of the kitchen bench on the other side but there is one small table at the back which we had our eyes on. We then began a game of seat conquer gradually securing chairs one by one until we had enough for four bums.

The sandwiches were so good (and our conversation so entertaining) I forgot to take a photo so you will have to take my word for it! The rye bread was slightly warm and there was a decent serving of corned beef, special slaw and pickles. Definitely worth the wait and a return visit – I’m considering going now!