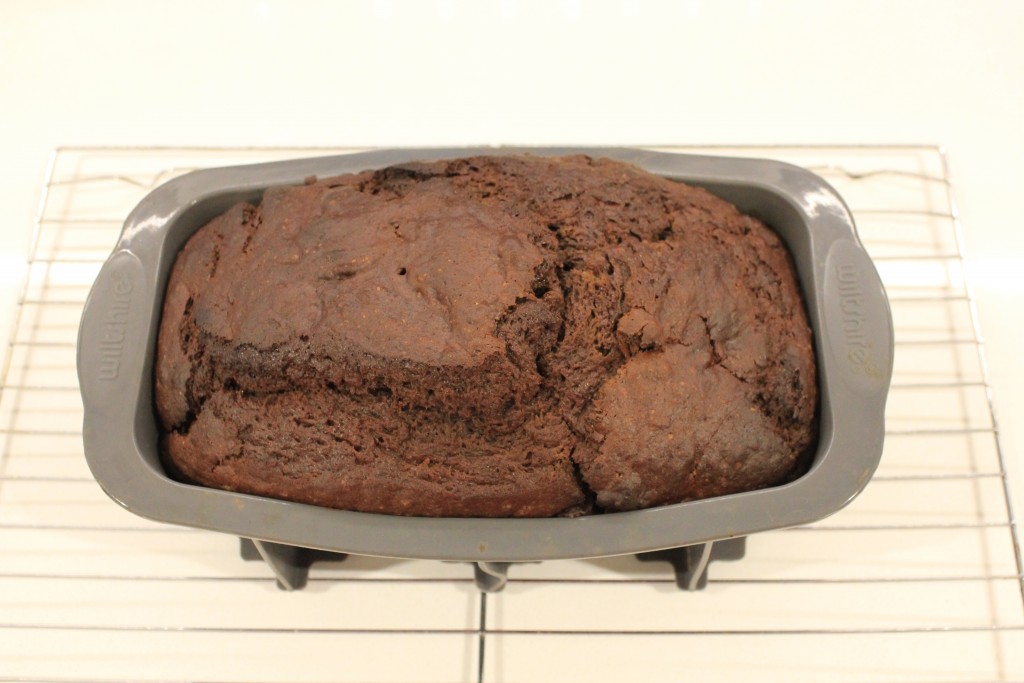 For some reason I always end up with a sizeable supply of peeled banana soldiers in ziplock bags waiting patiently to be called into service. During the summer months this isn’t a problem as one of my favourite quick breakfasts is a frozen banana smoothie with the optional additions of oats/chia seeds and milo/frozen berries. Winter isn’t really the weather for frozen drinks and my freezer was overrun with bananas so I decided to make a cake. Yes a banana cake. Not banana bread. Bread has yeast. Cake does not. Why do people insist on calling it banana cake? It makes no sense!

Since I love a banana and milo combo in my smoothie I figured a chocolate banana cake would taste just as good. This cake almost had Stuart fooled as his sensitive gag reflex and beagle nose means a number of smells are not his friend and ripe banana is one of them. I used Dutch cocoa so the cake has a big chocolate hit which is really decadent and delicious. I figured there was enough sugar in the cake so I didn’t bother icing it, but I have included a caramel icing recipe just in case.